BTC prices today were hovering near $9,000 per coin, and the price of Bitcoin has now climbed 26% in the last two weeks. 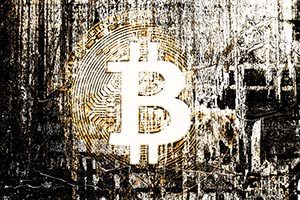 The cryptocurrency exchange Coinbase struck a deal with Barclays in March that allows the exchange to open a bank account with the financial firm. This is a positive development given that several banks have banned credit card customers from purchasing cryptocurrencies.

Money Morning Cryptocurrency Expert David Zeiler breaks down everything you need to know about this new indicator right here.

Now, let's take a look at the top cryptocurrency stories from today, April 23.

Bitcoin is expected to undergo a massive upgrade - and it could kick off a price surge all the way to $100,000.

Cryptocurrency expert Michael Robinson has put together a special report on a unique strategy that could help you pocket one windfall after another not just on Bitcoin, but on all the cryptos he's following now.

To get step-by-step instructions on how you could become the next crypto millionaire, click here now...