The current bull market is more than nine years old, but stocks are starting to stagnate. The Dow is down over 1% on the year, including a drop of more than 1,000 points on Feb. 5. The market hasn't rallied back to January highs. 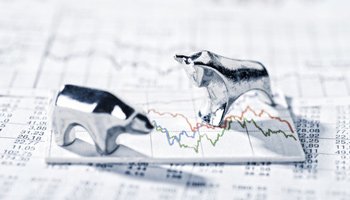 The next bear market is possible, but we aren't predicting it will happen anytime soon.

Instead, we want Money Morning readers to be aware of some of the warning signs in the market right now, as well as how they can protect their assets.

Whether it's a coming bear market or a stock market crash, investors should always have a plan in place for the worst-case scenario, and we're here to help…

Why the Next Bear Market Could Be Coming

The stock market is unpredictable. The Dow dropped 700 points on March 22 and another 572 points on April 6 amid trade fears after U.S. President Donald Trump announced potential tariffs on China.

We simply don't know what the next day or week will hold for the stock market. But there are some signs that a serious stock pullback could be coming.

You see, the U.S. Federal Reserve is aggressively raising interest rates. The Fed has hiked rates six times since December 2015, and it could raise rates at least two more times in 2018 alone. Fed Chair Jerome Powell has even signaled that he thinks the economy is doing well enough to support higher interest rates.

After the 2008 financial crisis, the Fed cut rates to their lowest levels ever: 0.25%. That meant borrowing money became as cheap as it could be in order to help boost the economy back to growth.

The cyclically adjusted price earnings (CAPE) ratio, which measures total stock market valuation, is currently at 31.06, which is nearly double its historical average.

Of particular concern is the fact that this ratio has only been higher twice in history – before the infamous 1929 stock market crash and just before the 2000 tech bubble burst.

No one can provide an accurate forecast of stock market crashes, and the CAPE level doesn't mean that we are doomed. And we aren't predicting a 2018 bear market.

But now that the Fed is hiking rates just as stocks are near record-high valuation levels, investors everywhere can't afford to be complacent.

Fortunately, you can protect yourself without sacrificing profits. Here are two resilient stocks that have serious profit potential and a track record of climbing during bear markets…

Own These 2 Stocks Ahead of a Bear Market