And right now, he believes there's a spark that will shoot Bitcoin into the stratosphere... 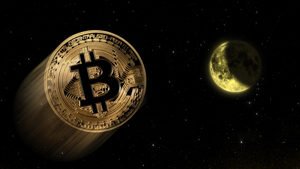 On May 30, McAfee tweeted a story about how a crisis in Italy could lead to a global stock market sell-off.

And that could lead to a race for everyone on earth to own a Bitcoin as a safe-haven asset, as there will only be 21 million ever mined...

How the New European Financial Crisis Could Send Bitcoin Soaring

Italy is already $2 trillion in debt, and investors are worried a sweeping wave of populism could cause the country to leave the European Union (EU) and abandon the euro or create the next European financial crisis.

Italy's party heads in the Five Star Movement and the League are trying to form a coalition, but things are not going smoothly.

That could lead to another election in July.

Members of Italy's new populist government have previously threatened to pull Italy - a founding EU member and its third-largest economy - out of the bloc, just like the United Kingdom did in 2016.

But they are also threatening a new financial crisis as they plan to boost spending and slash revenue despite Italy's massive debt. That could devalue the euro or lead to another European bailout fight.

If Italy's debt woes continue, they will create serious uncertainty about the euro and government bonds, and that sort of uncertainty makes investors pessimistic, which could tank markets.

Italian five-year bond prices are already plummeting. Yields have surged to 2.3% on May 30, from just 0.6% previously, according to Business Insider. Lower yields are a sign investors are confident they'll be repaid, so rapidly rising yields mean investor confidence in Italy's solvency is plummeting.

The panic then spread across the globe...

On May 30, the Dow Jones Industrial Average plummeted 245 points, and the stock exchanges in South Korea, Shanghai, Singapore, and Hong Kong all slid at least 1%.

It's not surprising that some investors are turning to Bitcoin as a safe-haven investment. After all, its value can't be torpedoed by political disagreements or overzealous governments.

McAfee could be right that the troubles in Italy could help Bitcoin prices start to climb.

But the real windfalls will come, as he's said before, when everyone realizes the true power decentralization and blockchain technology will bring to the world.

And when you see how high Bitcoin prices could climb when the world understands the power of crypto, you can't afford to be on the wrong side of history...

The Crypto Revolution Is Just Starting