I know approving a Bitcoin ETF isn't an easy decision.

But it's been five years since Cameron and Tyler Winklevoss filed the first Bitcoin exchange-traded fund proposal. Much has changed in the cryptocurrency world since then. 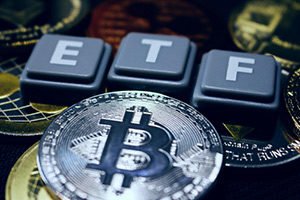 It's time to approve a Bitcoin ETF.

Editor's Pick: This Is the Only Way the Apple Self-Driving Car Will Succeed

You've been very clear about why you've rejected the 13 Bitcoin ETF proposals so far - concern over manipulation in Bitcoin spot markets outside the United States, a lack of "surveillance-sharing agreements" between the exchanges responsible for the ETF proposals and external Bitcoin exchanges, and a lack of regulatory oversight in many Bitcoin markets. You've also expressed misgivings about the relatively thin trading in the Bitcoin futures markets.

I know your job is to protect investors, but here you seem a bit... overprotective.

Your hard line against manipulation is understandable, but where's that concern when it comes to other markets?

There's plenty of evidence suggesting that gold prices have been manipulated for years, but that didn't stop you from approving the first gold ETF - the SPDR Gold Trust (NYSEArca: GLD) -back in 2003, and more than 30 since.

Wall Street manipulates stock prices as well, often in clever ways you can't detect by monitoring the markets. Yet that hasn't slowed the approval of hundreds of stock-based ETFs.

I'm not saying you tolerate such behavior - you're pretty good about going after bad actors. I'm just saying the knowledge that manipulation happens in these markets hasn't been an issue when it comes to the approval of investing products like ETFs.

This strange double-standard is so obvious that one of the four members of the commission -Hester Pierce - noted it in her dissent from the July 26 disapproval of the Winklevoss Bitcoin Trust.

"If the disapproval order's rigorous standard were applied consistently, many commodity-based ETPs would be in peril, as rumors of manipulation plague many commodity markets, and surveillance-sharing agreements with regulated markets cannot eliminate the sometimes messy nature of the commodities markets," Pierce wrote.

But Pierce went further. She said that in using the quality of the Bitcoin markets as part of the criteria, the U.S. Securities and Exchange Commission stepped beyond its limited role of ensuring fairness and transparency in the markets while seeking to combat market manipulation.

The rule, she said, concerns the ability of the exchange in question to prevent fraud and manipulation. "It says nothing about looking at underlying markets, as the Commission often has done in its [Bitcoin ETF] orders."

Pierce notes that most of the concerns described in the disapproval documents would be addressed by allowing a Bitcoin ETF and thus creating the sort of regulated market the Commission seems to want.

"Because the disapproval order focuses on the Bitcoin spot market, it does not give adequate weight to the important function that exchanges, as self-regulatory organizations ("SROs"), perform under our regulatory framework," Pierce wrote.

Another complaint in the disapproval order is the lack of a "regulated market of a significant size."

Pierce said the Bats BZX Exchange, which proposed the rule change that would permit the Winklevoss Bitcoin ETF, "would exercise the responsibilities entrusted to it as an SRO and would be subject to Commission oversight. In exercising these responsibilities, BZX would have powerful regulatory and business incentives to ensure the integrity of the products that it lists for trading."

In other words, approving a Bitcoin ETF that will trade on a major, regulated exchange will go a long way toward solving the problems you seem most concerned about.

You note the lack of "maturity" in the Bitcoin markets as well. You suggest waiting for these markets to "grow and develop."

But here, too, a Bitcoin ETF would serve to address the problem...