The Dow Jones Industrial Average jumped 20 points in pre-market hours as the markets continued to build on their record close Thursday. Yesterday's new high was the Dow's first record since January. Investors continue to shrug off ongoing trade disputes between the United States and China, which house the two largest economies in the world. However, it doesn't look like gains will be slowing down anytime soon...

Ever since America's No. 1 Pattern Trader Tom Gentile started trading for a living, he wanted to recreate that feeling of the Friday payday, of heading into the weekend with some extra scratch in his pocket - without having to bust his butt for 40, 50, or 60 hours to get it.

But those Wall Street bigwigs didn't get access to the breakthrough system that we're about to tell you about now - the system that gives Gentile the opportunity to identify and recommend three extra money-doubling opportunities every single week, all year long.

Well, Money Morning Special Situations Strategist Tim Melvin has broken these secrets out of the vault of the Smart Money managers. And he's sharing the Max Wealth secrets for free right here. 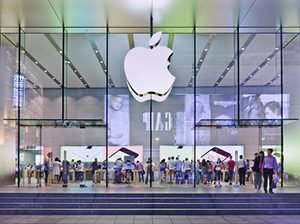