Urgent Update from Dr. Kent Moors: Thanks to a revelatory breakthrough in chemical engineering, a new energy source is poised to decimate Big Oil’s profits. You see, a massive supply of this “universal fuel” has been unleashed… and it’s capable of powering the planet for the next 36,000 years! In fact, the Department of Defense just committed up to a whopping $7 billion in this fuel. Click here to learn more now.

Using energy stocks as a backdoor play on cryptocurrencies may seem a curious strategy, but it has the potential to be extremely profitable.

The energy stocks I'm about to show you are on the verge of adding cryptocurrencies to their roster of catalysts. On top of that, each one also pays a healthy dividend.

Related: This Is One of the Best Green Energy Stocks to Buy in 2018

The connection is cryptocurrency mining.

Many of the top cryptocurrencies, including Bitcoin and Ethereum, consume tremendous amounts of energy as part of the "mining" process that verifies transactions on the networks and creates new coins.

"Electricity consumption from Bitcoin in 2018 could be as great as we forecast for global electric vehicles in 2025," said Morgan Stanley analyst Nicholas Ashworth in a January report on the topic.

Today Bitcoin mining alone consumes as much electricity as a nation the size of Hungary.

This growing demand for electricity has created an opportunity for several electric utilities as well as a pair of renewable energy stocks.

Crypto Miners Are On the Move – Thanks to China

In January, the Chinese government started to push the miners in its country to relocate their operations.

That matters because China has dominated crypto mining for the past three years or so. According to The Wall Street Journal, China accounted for 78.9% of global Bitcoin mining as of early January.

So the Chinese miners have begun migrating out of the country. Meanwhile, the situation has encouraged mining operations in other countries to expand.

Everyone is looking to replicate what made crypto mining in China so attractive – cheap, abundant electricity and ideally a chilly climate (helpful in keeping the heat-generating hardware cool).

Urgent: This “universal fuel” is capable of powering the planet for the next 36,000 years… and a massive supply of it has just been unleashed. You could collect life-changing paydays if you get in on the ground floor. Click here to learn more before it’s too late.

That means crypto miners the world over are hunting sites in places like Iceland, Sweden, Canada – and the United States.

Today we're going to look at five energy stocks in particular that not only have the potential to benefit from the arrival of power-hungry crypto miners, but will pay you a handsome dividend while you wait for the stock to appreciate…

5 Energy Stocks to Buy to Profit from Crypto Mining

Several utilities have an opportunity in that they operate in areas with low-cost electricity. The lower the cost of electricity, the higher the profits for miners.

But as much as I like NEE, this last pick is even better.  For one thing, it has a perfect Money Morning VQScore™ of 4.75…

There's much to like about Pattern Energy, starting with its perfect Money Morning VQScore.

PEGI has top-notch management in CEO Mike Garland, who has years of experience building wind projects.

Also, the company is set up as a YieldCo, which means it feeds much of its cash flow back to investors as dividends. It's the same general idea you see with master limited partnerships (MLPs) and real estate investment trusts (REITs).

Saudi Arabia Is Pouring Billions into This 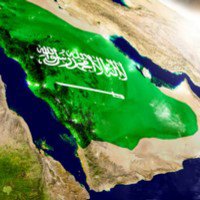 When I tell you the Saudis just invested $100 billion into one type of fuel, you’re probably thinking of oil. But there’s a worldwide energy transformation taking place, and this one universal fuel is slated for an inevitable global takeover. It can propel ships, run your car, and even power the entire U.S. electrical grid… and there’s enough to last the planet 36,000 years! Go here now to see how it’s possible.

That's one reason why PEGI's dividend of nearly 9% is so high. As new projects come online, they add to the cash flow and further raise the dividend.

In addition to the fat yield, Pattern is undervalued right now.

Shares of Pattern Energy have been hit hard over the past nine months, falling as much as 35%. Right now PEGI stock is down about 27% from its Sept. 21 high of $26.32.

The decline came as a result of several developments last year. PEGI had a dilutive equity offering last October to fund new projects, while changes to U.S. tax law raised concerns over tax breaks that also help fund projects. And rising interest rates could affect how much debt the company can take on as it continues to expand operations.

But the market overreacted. Garland has already shown creativity in generating capital, as he did by selling a project in Chile to raise money for other, less remote projects that will be less costly to run.

In its Q1 earnings reported in May, Garland said Pattern Energy is "on track" for its targeted CAFD (cash available for distribution, which pays the dividend). The company has plans to grow its CAFD from 8% to 10% a year from here.

PEGI could easily climb back to its highs of last year over the next 18 to 24 months. That's a potential 37% gain on top of that juicy dividend.

Based on our Energy Expert, Dr. Kent Moors’ research, $48 trillion could potentially pour into the solar energy market in the coming years alone.

Investors who get in early may very well find themselves among the ranks of newly-minted millionaires who will reap the benefits of going green.

And he’s uncovered one company that stands to benefit the most from that massive tidal wave of wealth.

Investors who get in early will be poised to make a killing when it gets a strong handhold in the U.S. energy market.

Just click here to find out how you can join in on this incredible opportunity.