It was Oct. 19, 1987 – Black Monday – and the stock market had just crashed. At the time, I was an analyst in the Financial District in San Francisco.

My then-boss called me from Wall Street. And he sounded like he was ready to sell everything.

But I had other ideas.

After all, if Macy's holds a 25% off sale, shoppers rush down in droves. So why do so many investors panic when the market corrects?

By doing so, they miss out on great bargains.

Fill the Shopping Bag with Cheap Tech Stocks to Buy 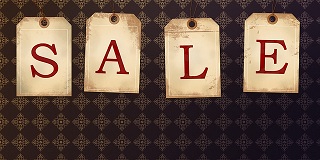 While my boss freaked out, I got excited about all the money I would soon make. And history proved me right.

That's why you should look at corrections as a chance to add to your portfolio's long-term gains. And yet, sell-offs present us with a challenge as well. If we buy on the dips too early, we run the risk of getting stopped out to protect capital.

To avoid that, I've developed a system to determine if a stock has fallen so far that it's become available at what I call a "Stupid Cheap Price."

You could look at financial data to find winners you think should rebound based on cash flow, earnings, and operating margins. However, that can consume hours of your time.

All you need to do is look at the stock's 50-day moving average, and then take a discount from that to arrive at an attractive price – the Stupid Cheap Price.

This is a price that over the past 10 weeks investment pros think should be the minimum price for this stock.

I've used this process over many years of investing to great effect. And I generally like to get a discount of at least 10% from the 50-day line.

With that in mind, I want to share with you four stupid cheap stocks to buy that should be on every tech investor's shopping list.