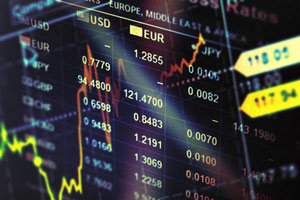 Good morning! U.S. stock futures for Thursday, Nov. 20, forecasted a 70-point decline from yesterday's close (Wednesday) ahead of the release of minutes from the October meeting of the Fed Open Market Committee (FOMC) and an important report on U.S. housing construction. The Dow dipped two points on Wednesday.

Today, expect the markets to react to news from abroad. Weak economic numbers in Europe, Japan, and China continue to weigh down global stocks and renew doubts about continued global growth. This morning, the China flash HSBC/Markit manufacturing purchasing managers' index slipped for the first time in six months. Meanwhile, PMI data in France and Germany increased investor concerns about the health and stability of the Eurozone. The German PMI level hit a 16-month low of 50, while France slipped to 47.5. A breakeven level is considered 50. Meanwhile the broader Eurozone PMI level slipped to 51.2, a 16-month low.

Money Morning Tip of the Day: Last week the media was lauding the U.S.-Chinese accord on climate control, but the excitement surrounding that deal has obscured a very important profit opportunity: Australia. While the U.S. and China were making strides in climate change initiatives, Australia was inking its own deal with Beijing. In two years, the deal will allow for Australia to pay zero tariffs on several crucial exports. And this little-known Australian oil stock stands to gain...
Join the conversation. Click here to jump to comments…