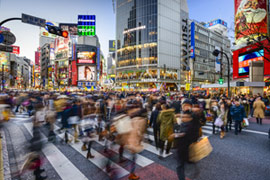 Good morning! Dow futures for Monday, Dec. 1, forecasted a 66-point decrease from Friday's close. The Dow and the S&P 500 are forecasted to decline today after Moody's downgraded Japan's credit rating and as global commodity prices continue to fall.

Investors will keep a keen eye on global oil prices, which fell to a five-year low on news that the Organization of the Petroleum Exporting Countries (OPEC) will not slash production in the near future. Some analysts are projecting that oil prices could plummet even further. Gold and silver prices slipped again on news that voters in Switzerland have rejected a proposal on Sunday to increase the nation's gold reserves and that China's manufacturing sector is growing at a lower-than-expected pace. The HSBC manufacturing index, which measured China's production growth in November, slipped to a six-month low.

Here's what else you should know about the stock market today – including your "Money Morning Tip of the Day" – to make it a profitable Monday:

Money Morning Tip of the Day: The Saudis are gearing up for a price war in oil, all in an attempt to squeeze out the shale oil players and make their production less profitable. The problem for the Saudis is that shale oil producers are more than ready for this price war, and the House of Saud is only hurting itself in this race to the bottom. This decline in oil prices is bad for the Saudis, but good for investors. But this doesn't mean you should head straight for shale oil companies. Here, instead, is the more profitable route…
Join the conversation. Click here to jump to comments…