The Dow Jones jumped 288 points Wednesday on news that the U.S. Federal Reserve plans to be "patient" with its timeline for raising interest rates. Markets were also fueled by a surge in energy stocks, which received a slight bump from rising oil prices and declining capex spending across Canada.

Today, investors will focus on Russia. Thursday morning, the ruble gained after Russian President Vladimir Putin delivered statements on the Russia's economy. Putin said that the nation's central bank and government must work at containing inflation, and that the current economic calamity offers an opportunity to diversify the economy. 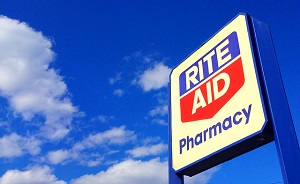 Money Morning Tip of the Day: Many investors try to time the markets - especially lately with concerns over plummeting oil prices, global geopolitical tensions, and sharp highs followed by sharp drops for U.S. stocks. But as an investor, that's not what you want to do.The most recent DALBAR data shows that the return of investors trying to time the markets is a pathetic 1.9% a year over the past 20 years. Worse, they would have to be right a staggering 82% of the time just to match "buy and hold" returns, according to Nobel Laureate William Sharpe.

Instead, your portfolio will perform better if you focus on understanding sentiment. That's how you identify the best and the worst times to put your money to work and rack up the biggest gains.

Check out our Chief Investment Strategist Keith Fitz-Gerald's latest, "The Secret of Market Timing I Wish Everyone Knew," to learn exactly how to read market sentiment and cash in...