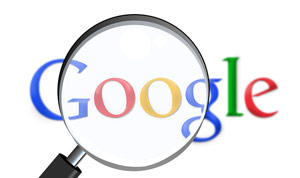 In 2014, we discussed well over 100 ways to make huge gains from tech stocks.

And I'm looking forward to sharing many more tech investing ideas with you in 2015.

Before we get started on that, I want to address the questions and comments you've had about our twice-weekly chats over at Strategic Tech Investor.

I want you to know as much as possible about investing in technology – the single best wealth engine ever – so you can navigate today's choppy markets in a way that creates life-changing gains.

Let's start with our Nov. 10 conversation about Google Inc. (Nasdaq: GOOG, GOOGL), a company famous for its search business that is busy laying the groundwork to dominate several futuristic technologies.

Q: Thank you for your insight. It has given me a more thorough understanding of what Google is really all about!

A: Thanks so much for the nice comment. One of the many things I enjoy about what I jokingly refer to as "my job" is taking the opportunity to shine a new light on tech stocks that many investors simply take for granted.

I see this happen all the time. Wall Street and the mainstream financial media have a tendency to pigeonhole companies or focus mainly on the next quarter. Google is a Silicon Valley giant that is investing for the long haul, years and even decades from now.

That column also drew a question about the mechanics of investing in Google.

Q: Michael, I found your article about Google and Ray Kurzweil very informative. When considering an investment in Google, however, which ticker would you recommend: GOOGL or GOOG? I realize one has Class A shares and the other is Class C, but I'm not sure which would be a better pick.

A: I'm glad you asked that question because it's something that confuses a lot of investors, even some folks in the media who should know better. From a share-price appreciation standpoint, it probably doesn't really matter.