For Nov. 6, 2015, here's the top stock market news and stocks to watch based on today's market moves… 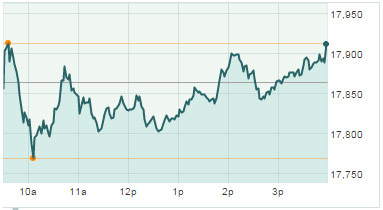 The Dow Jones Industrial Average today (Friday) added 46 points as markets now anticipate the U.S. Federal Reserve will tighten monetary policy and raise rates next month for the first time since 2006. The odds of a December interest rate hike jumped to 69.8%, according to CME FedWatch, after the U.S. Labor Department released a very strong employment report for the month of October. The U.S. unemployment rate fell to 5% for the first time since April 2008, and it represents the level at which the central bank considers "full employment." Nonfarm payrolls added 271,000 jobs last month. In addition, weekly wages increased by an average of $0.09.

Meanwhile, in what took seven years to decide, the Obama administration announced it has formally rejected the Keystone XL Pipeline proposal, marking a significant win for environmentalist groups that have long lobbied against the project. The pipeline – run by TransCanada Corp. (NYSE: TRP) – would have transported more than 850,000 barrels of crude oil each day from Alberta, Canada to the U.S. Gulf Coast refining network. Shares of TRP slumped more than 5% on the news.