Futures for the Dow Jones Industrial Average today (Monday, Nov. 23, 2015) were up two points as oil prices continued to slide in the United States. 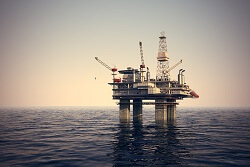 Share of Facebook Inc. (Nasdaq: FB) were up this morning on news that the company's CEO Mark Zuckerberg plans to take a two-month paternity leave after his wife gives birth to their first child.

In Fed news, CME Group FedWatch places the odds of an interest rate hike next month at 71.7%.

On Friday, the Dow Jones Industrial Average finished its best week in more than a month, fueled by a 5.2% surge in Nike Inc. (NYSE: NKE) stock. The global shoe and apparel retailer announced that it has authorized a $12 billion stock buyback program and a two-for-one stock split. Meanwhile, the U.S. Treasury Department introduced new rules to deter U.S. companies from engaging in tax inversions, although Secretary Jack Lew admitted that the policies are unlikely to stop a very large merger in the pharmaceutical space that is near completion between Allergan Plc. (NYSE: AGN) and Pfizer Inc. NYSE: PFE).