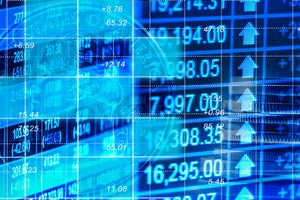 The Dow Jones Industrial Average is getting a boost from the positive jobs report this morning. At 8:30 a.m., the U.S. Labor Department announced the U.S. economy added 242,000 jobs in February, crushing economists' expectations of 195,000.

With so much happening this morning, let's tackle your top stock market news, stocks to watch, and economic calendar for March 4, 2016.

Dow Jones futures forecast a 49-point gain as unemployment fell to an eight-year low. Today's jobs report placed greater emphasis on the timing of the next interest rate hike by the U.S. Federal Reserve. According to CME FedWatch, there is a 61% probability that the central bank raises interest rates at some point this year.

Here's a breakdown of what could move the Dow Jones today:

Now here's your list of top stocks to watch in today's market, plus today's economic calendar...

Please i am from Ghana, is the dowjonesfocus group's trading software called equinox real?