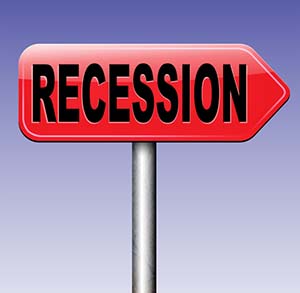 Dow Jones Industrial Average News, 6/10/2016: The bond markets are a mess this morning thanks to Japan's continued debasement of its own economy and concerns about the potential departure of the United Kingdom from the European Union.

This morning, Japanese 10-year bond yields slipped to a new record low of -0.155%, while British and German bonds also slipped to new lows.

While the UK vote isn't set until June 23, the cost of money plunged yet again after the European Central Bank announced plans to bolster the purchasing of corporate bonds. While all this has been happening, investors could be missing a number of other events around the globe that are set to impact this trading day.

We are going to make sure you get all caught up today.

Dow Jones futures projected a 93-point decline this morning. In the United States, the 10-year bond levels fell to their lowest point since February as concerns about economic stability around the globe continue.

Meanwhile, shares of Merck & Co. Inc. (NYSE: MRK) were off slightly after the company announced plans to purchase biotech firm Afferent Pharmaceuticals for up to $1.25 billion. The target company is engaged in the development of treatments for neurogenic conditions. Keep an eye on biotech stocks today, as the deal could fuel optimism for a sector that has faced recent pressures.

Crude oil prices were off as investors took more profits off the table and the dollar strengthened compared to other currencies around the globe. WTI crude slipped 1.3%, while Brent crude dropped another 1.3%. Prices continued to decline despite concerns over recent attacks to the energy infrastructure of Nigeria.

Analysts anticipate that oil prices will face pressures in the weeks ahead as Canada brings its supplies back online after disastrous wildfires ravaged the region. However, Money Morning Global Energy Specialist Dr. Kent Moors offers five reasons why the recent price dip isn't going to continue. Here they are.

The 5 Most Important 2016 IPOs to Watch: There was a shocking absence of IPO activity in 2015. But we'd like to see these five companies go public in 2016. If they do, they'll be the most exciting and promising deals of the year…
Join the conversation. Click here to jump to comments…