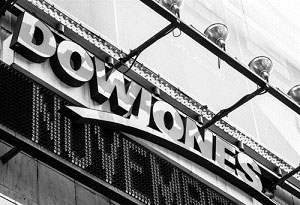 The CBOE Volatility Index (VIX) - also known as Wall Street's fear gauge - rallied more than 9% to a seven-week high of 14.15.

The Dow slipped another 53 points after traders weighed statements by Federal Reserve Chair Janet Yellen and Vice Chair Stanley Fischer. During the central bank's annual Jackson Hole symposium, Fischer argued the case for a rate hike has been emboldened in recent months. Meanwhile, Yellen said the "U.S. economy is close to the Fed's goals for employment and price stability." The markets continue to price in an increasing chance of a rate hike. According to CME FedWatch, the probability of a rate hike in September increased to 30%.

Trending Now: Many people think of the the Bill Clinton economy as a "boom" they'd like to repeat. But that's a dangerous and false myth. Read more...

The Federal Reserve has been teasing a rate hike since it finally took action last December. Money Morning Chief Investment Strategist Keith Fitz-Gerald argues two important things about the Fed. First, there are stocks you can buy that will outperform and aren't subject to the whims of the central bank. Second, the Federal Reserve has no idea what it is doing, and it is just crazy enough to raise interest rates now so it can lower them when all of its economic misfortunes come home to roost.

Oil prices have been falling on rising supply concerns and waning expectations about the size of any production freeze by OPEC. The global oil cartel is set to meet in September to discuss a possible cut to global output. However, Money Morning Global Energy Strategist Dr. Kent Moors has said that investors shouldn't anticipate a deal next month. Kent argues that a deal is coming, but it won't be the type that traders are hoping for in September.

But the big story today was U.S. economic growth - or the lack thereof despite all the reassurances from the Federal Reserve. According to the U.S. Commerce Department, the U.S. economy grew by a paltry 1.2% in the second quarter as businesses drew down on inventories. The report indicates higher growth in imports than economists had anticipated, in addition to weak government spending.

Don't Miss: One small biotech company with a monopoly on an extremely valuable resource is on the verge of transforming from a small research company into an international biotech leader. It's also getting ready to go public on the Nasdaq. Full story here...