Legendary investor Jim Rogers has added an unlikely investing target to his standbys of gold, farmland, and China.

Yes, that's North Korea, that backward dictatorship best known for its routine threats of utter destruction not just of its democratic and far more economically successful southern neighbor, but even the United States. 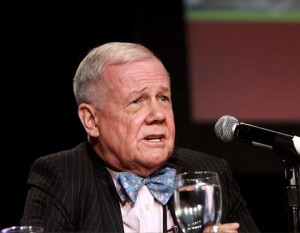 In an interview earlier this month on Real Vision TV, Rogers explained why he believes the "hermit kingdom" holds such promise.

"There are 15 free-trade zones there now. You can take bicycle tours of North Korea, if you want. You can take movie tours," Rogers said. "I mean, you go to North Korea now, you see these astonishing restaurants with white tablecloths, cutlery, candles. I mean, this is North Korea we're talking about. Chefs. It's happening."

To those who have followed Jim Rogers' illustrious investing career, this endorsement of one of the world's pariah nations shouldn't be all that surprising.

Over the years Rogers has made a lot of contrarian bets…

Rogers has invested in such troubled places as Iran, Zimbabwe, Ghana, and Russia. One of his guiding investing principles is to put money into countries and sectors that everyone else hates.

And North Korea certainly fits the bill. Its economy suffers from political isolation – repeated provocations have led to heavy sanctions, as well as a centrally planned Communist system.

But those green shoots of economic hope that caught Rogers' attention are the first signs of change. It's just very early in the game.

"North Korea today is where China was in 1981," Rogers told Real Vision TV. "Deng Xiaoping started opening up in '78. Most of us, including me, either weren't aware of it or if we were aware of it, we ignored it, didn't pay any attention. North Korea is doing that now."

North Korea's economy has a surprising number of powerful catalysts, should leader Kim Jong Un decide to remove its shackles.

In any other country, activity like this would be attracting billions in foreign investment…

Why North Korea Has So Much Investing Potential 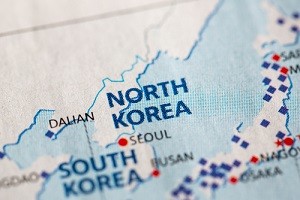 In addition to what Jim Rogers saw in North Korea, the country has very desirable natural resources that otherwise would make it a magnet for investment.

For example, North Korea has as much as 1 billion barrels of oil reserves. In 2013, the Mongolian-based HBOil entered into a joint venture with the North Korean government to explore for oil and gas there.

Researchers estimate that the North Korean government may have as many as 350 joint ventures now, most with Chinese companies.

Chinese investors are particularly interested in North Korea's estimated $6 trillion in mineral wealth, including large quantities of rare earth elements. Rare earths are used in a wide array of products, including smartphones, automobiles, and high-tech weapons like tanks and missiles.

Another opportunity for companies is cheap labor, particularly for such industries as clothing and electronics manufacturing. Labor costs are approximately half those of China's.

Trending: Why It's Time to Go "Maximum Overweight" in Gold

North Korea is even aiming to become a tourist destination. Last year the government set a target of increasing tourism to 1 million visitors annually by 2017 and 2 million by 2020.

If the cloistered nation follows China's blueprint and continues to open itself up to the world — as Jim Rogers suspects — its economy will enjoy a similar kind of robust growth.

The only sticking point is figuring out how to invest in North Korea. This will require some patience on the part of investors…

Prepare for When You Can Invest in North Korea

Even Jim Rogers hasn't found a way to do it today – although he has ideas of how he'd like to.

But the lack of opportunity now is likely to change at some point, especially if North Korea continues to open itself up (and tones down the belligerent behavior).

One avenue could be foreign-exchange trading, as Rogers suggests.

The most likely way to invest in North Korea will be via multinational companies that establish a presence there. Many U.S. investors used this very strategy to invest in China, putting money into shares of companies like Apple Inc. (Nasdaq: AAPL) and automakers like General Motors Co. (NYSE: GM) and Ford Motor Co. (NYSE: F).

For now, the North Korea strategy by necessity must be one of watching and waiting. But if Jim Rogers has his eye on it, it's definitely something to keep on your radar as well.

Up Next: In the 1980s and 1990s, U.S. stocks soared 1,262%. But the phenomenal rise in that particular time period was no coincidence. A distinct trend drove those gains. Find out more about this trend – and how you can profit from it now… Read More…