Access Your Profit Alerts
Sign Up for Money Morning and get your free report:
"The Best Stocks to Buy Now"
How to Buy Bitcoin
Twitter
Stocks: AAPL, amzn, RAD, SEAS, TWTR 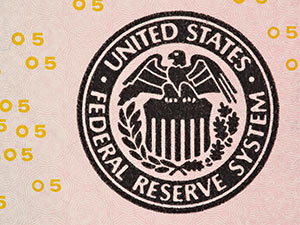 The Dow Jones Industrial Average surged nearly triple digits on Thursday as traders cheered the U.S. Federal Reserve's decision to keep interest rates unchanged. But investors remain cautious, and everyone wants to know the same thing: When will the Fed finally raise rates?

The Dow Jones gained 98 points as investors cheered the Federal Reserve's decision on Wednesday to keep interest rates at current levels. With inflation levels below the central bank's target, the Fed elected to wait for "further evidence of continued progress" before it tightens monetary policy. The markets anticipate that the central bank will hike rates in December after the U.S. presidential election. Some have argued that the Fed has become politicized and that Fed Chair Janet Yellen is holding off a rate hike in order to help Democratic presidential candidate Hillary Clinton.

All 10 major S&P 500 sectors were in positive territory this afternoon. But it wasn't just the Fed that helped spur the rally. Central banks around the globe are keeping their monetary policy loose in order to spur economic growth and development. The Bank of Japan and the Bank of New Zealand did not raise rates during their September policy meetings.

Oil prices pressed higher thanks to a surprise decline in U.S. crude inventories. In addition, traders continue to speculate on whether OPEC and Russia can reach an agreement next week to support prices and curb output. Money Morning Global Energy Strategist Dr. Kent Moors says that next week's meeting in Algeria is about much more than just oil prices. Here's when OPEC will change its strategy… and what the Algiers meeting is really about… right here.

But the big news is the state of the global economy. With the world lurching toward recession, the combination of bad economic planning and poor leadership around the globe has investors on edge. Geopolitical tensions in the South China Sea, Ukraine, the Russian Caucasus, the Korean peninsula, Syria, Iraq, Yemen, and Saudi Arabia don't show any signs of letting up. So what are investors to do? Money Morning Director of Tech & Venture Capital Michael A. Robinson projects that defense spending around the globe is about to heat up. And that can be very profitable for savvy investors who buy into these companies.