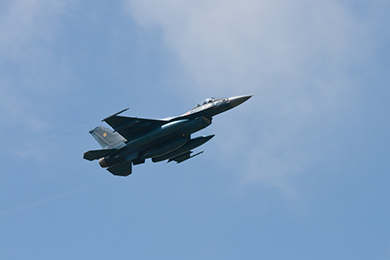 The newest scuffle over prized, resource-rich waters in the South China Sea hit headlines on Thursday. "Japan," China warns, is "playing with fire" in the contested region...

Beijing's latest caution came after Tokyo announced Tuesday that it may soon patrol alongside the United States in the region.

Despite its cautionary call for Japan to stand down -- as though it has been affronted by Japanese aggression -- it was actually China that initiated this feud.

In fact, knowing the history behind the complex, six-nation South China Sea dispute that began 200 years ago is crucial to interpret any news out of the region.

That's why we turned to Money Morning Executive Editor William Patalon, III. Patalon has covered the South China Sea conflict since 2012 -- long before the mainstream media picked up on the dangers swirling about the area. And he had just explained to Money Morning readers that China has become increasingly hostile toward Tokyo in recent months.

"Japan says that it's seeing more 'incursions' of its air space by China than at any time in the last 50 years," he said on Sept. 9, citing The Japan Times.

For example, Japan's Air Self-Defense Force scrambled fighters 873 times in the fiscal year that ended this past March -- including 571 times against China and 288 against Russia.

"That's a big jump from the 464 'sorties' recorded the year before," Patalon noted.

And on Monday, China reached into Japan's space further than ever before...

China Warns Japan After Starting the Fight Itself