Every year in December, Barron's publishes 2017 stock market forecasts from a group of Wall Street's most prominent analysts. Every year the mainstream financial media makes a big fuss over them.

But anyone who trusts these stock market predictions enough to base investment decisions on them is almost always disappointed.

You see, despite the polished reputations of these Wall Street stars, their stock market forecasts tend to be off. And not by a little...

Why Wall Street's 2017 Stock Market Forecasts Are So Dangerous

Statistician Salil Mehta has studied these stock market forecasts for years. And he's found these supposedly "expert" predictions to be less accurate than random guessing. 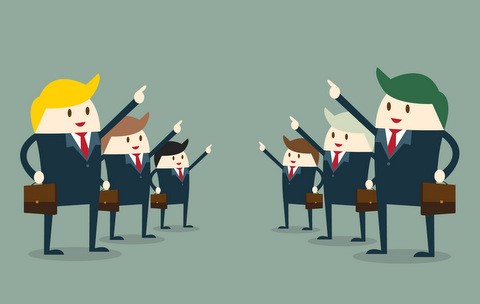 Mehta, who once served as director of research and analytics for the U.S. Treasury's Troubled Asset Relief Program and for the federal Pension Benefit Guaranty Corporation, points out that over the past 17 years, the Wall Street experts have predicted a decline just 8% of the time individually. (The consensus forecast has an even worse track record: zero percent.)

But the markets have dropped in nearly one out of three years during that span. In each of those years, the consensus price of the experts was for a gain, not a loss. So their stock market forecasts were dangerously wrong in all of those years.

"[Wall Street forecasters] are the vilest types of fortune tellers, since they completely miss the necessary downturns in the market, which can wipe out years of your hard-earned savings," Mehta wrote in his blog.

And while the Wall Street analysts weren't as far off in the years the markets rose, they still weren't all that close. The consensus prediction of Barron's roster of experts for any given year is for a 9% gain, twice the average actual return of 4.5%.

The calculated bullishness is a big reason why these stock market predictions tend to be so far out of whack.

Case in point: When Mehta applied a statistical analysis, he found a disturbing pattern.

One Chart Shows How Flawed These Stock Market Predictions Are

"Simply looking at the actual correlation between the strategists' predicted level and the actual level, that relationship is negative!" Mehta said.

This is best understood by looking at a chart in which Mehta has plotted all the individual stock market forecasts of the past 20 years against the actual performance of the market...