Until last year, there was little point in the average investor asking how to invest in startups. You simply couldn't do it.

But a provision in a President Obama-era law that went into place last year changed that. Now eager investors looking to get in early on "the next big thing" have an easier path to do so.

What's important to understand, though, is the road to startup profits is still very risky.

Today we outline that for those investors, to help them avoid the traps and put the odds of success in their favor...

Many retail investors have craved the opportunity to invest in startups, particularly over the past 15 years. The shrinking number of initial public offerings (IPOs) and the longer periods before startups go public have deprived retail investors of a shot at the profits of promising young companies. 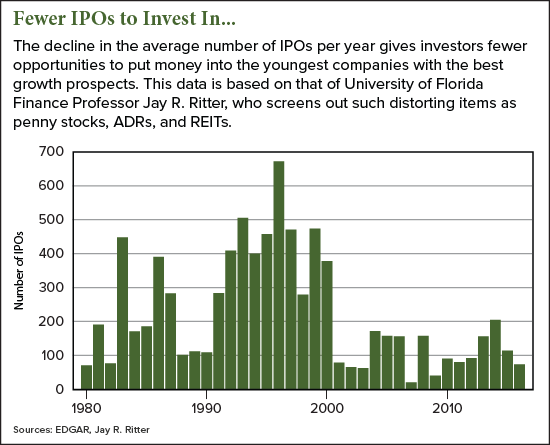 The median time a company goes before it offers shares has also increased. In 1996, a typical startup took 3.1 years before it went public. In 2015, that time had more than doubled to 6.7 years. 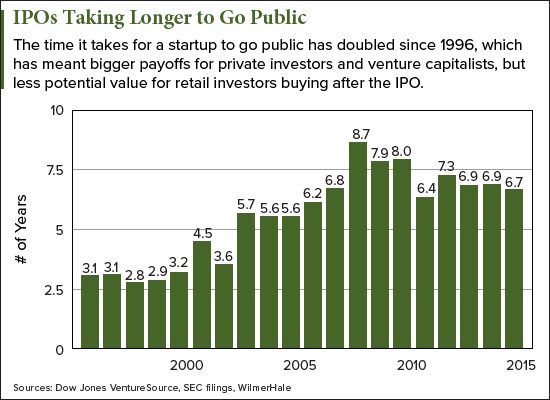 These shifts in the IPO landscape reserved the early, big gains for investors that had access to the most lucrative startups - venture capitalists and accredited investors (high rollers with income of at least $200,000 and net worth of at least $1 million).

Then the JOBS (Jumpstart Our Business Startups) Act of 2012 finally gave small investors a chance at bigger profits.

The JOBS Act aimed to draw more capital into young businesses to encourage hiring and spur the economy. It included a startup-related provision to let the U.S. Securities and Exchange Commission draw up rules to protect those wishing to invest in startups. After a long delay, that part of the JOBS Act finally became effective last May.

Of course, it came with a handful of guidelines for this new method of "crowdfunding," aimed to reduce the risk to regular investors...

What the SEC Says About Investing in Startups

The SEC set crowdfunding rules for retail investors, the companies seeking capital from them, and the platforms that facilitate the transactions. (Retail investing in startups must be conducted through an SEC-registered platform.) The rules include the following:

The SEC's involvement suggests that investing in startups is perfectly safe, but this type of profit seeking is still significantly more risky than investing in equities on the stock market.

In the year since the SEC gave investing in startups its blessing, the results have been mixed...

While there have been some success stories under the JOBS Act, bad actors are threatening to ruin it for all.

Some of those on the front lines have witnessed these abuses firsthand. Ryan Feit, the CEO and co-founder of the crowdfunding platform SeedInvest, told The New York Times in January that what he'd seen troubled him.

Feit said that SeedInvest rejects companies if he and his staff see red flags, such as an unwillingness to comply with the SEC rules.

A company named CrowdCheck has found that 40% of all startups don't get their financial results audited or certified as the SEC requires. And the SEC lacks the resources to police compliance sufficiently, leaving that up to the crowdfunding platforms.

But Feit told the NYT that he'd seen the same companies he'd rejected turn up at other platforms, where they were allowed to raise money from unsuspecting investors. One company SeedInvest rejected was able to raise $5 million before regulators shut it down as a fraudulent operation.

"I'm legitimately concerned that a lot of people are going to be losing money," Feit told the NYT. "Investing in startups is really risky, and it's very different than buying a used couch. We definitely do not think you should treat it like Craigslist."

Some of the bad sites have been taken down. FINRA (Financial Industry Regulatory Authority) closed a crowdfunding platform in December, uFundingPortal, for violating regulations.

But others haven't, which makes investing in startups something of a minefield.

We see startup investing as too risky for most investors. You can find plenty of opportunities for big gains in the more strictly regulated markets. You just need to use sound investing strategies. We have some great ideas on how to do that here, here, and here!

If you are curious enough to keep going into the wild world of startups, we suggest taking a few more steps to eliminate risk. Here are some tips to help...

How to Invest in Startups with Minimal Risk