The Dow Jones news today features the start of U.S. President Donald Trump's "Energy Week" where the president will focus on energy issues. Rising crude oil prices will help strengthen his message, while Dow Jones futures are up 74 points this morning. 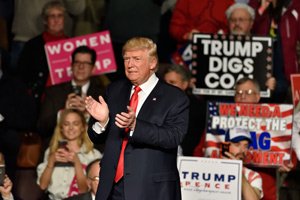 These Are the Next Companies to Fail in 2017

I enjoy the Profit Alerts because you cut right to the stuff I need to know and you don't tease me / trick me into watching the usual 20-minute boring, formulaic videos that populate this area of cyberspace.