The Dow Jones news today is highlighted by falling stock prices as tensions rise between Washington and North Korea. Dow Jones futures are down 48 points this morning ahead of earnings reports from brick-and-mortar retailers and major American brands. Traders will get to see how much Amazon.com Inc. (Nasdaq: AMZN) is impacting competition around the country. 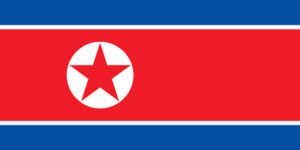 These Will Be the Next 3 Companies to Fail in 2017