The United States has done nothing but antagonize China in the South China Sea. 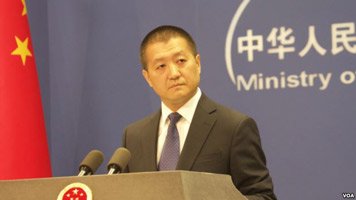 "We must reject threats to sovereignty, from the Ukraine to the South China Sea. We must uphold respect for law, respect for borders, and respect for culture, and the peaceful engagement these allow," Trump told the UN General Assembly on Tuesday (Sept. 19), according to the Economic Times yesterday.

This oblique reference isn't the first time the United States has challenged China on its unilateral claim to the South China Sea.

For instance, in May, a U.S. Navy destroyer - the U.S.S. Dewey - sailed tauntingly close to a disputed South China Sea island controlled by Beijing - the first time under President Donald Trump.

This irked the Red Dragon enough to issue the following warning...

"We urge the U.S. to correct this 'mistake,'" Foreign Ministry Spokesman Lu Kang told a regular press briefing on May 25, according to The Telegraph. The patrol, Lu added, "undermines China's sovereignty and security interests."

Then, on Sept. 1, the U.S. Department of Defense announced that it had set up a schedule of regular "freedom of navigation" operations (FONOPs) in the disputed waters. This particular news signaled a shift in U.S. policy that had, until now, consisted of intermittent, often reactive naval operations in the disputed region.

China has long despised American FONOPs, and it has even threatened to wage a "people's war" if they persist.

Yet despite Beijing's varied warnings that the United States stay out of the South China Sea dispute, President Trump once again antagonized the already-agitated country at the UN general assembly this week...

This decrial of "threats to sovereignty" in Ukraine and the resource-rich South China Sea was made without explicitly mentioning Russia or China.

We have been in the south China sea since before WW2 and on our Islands ,now China is building new islands calling them Chinese .We must build new Islands also..telling China to stay out of our area.We can militarize them as China will do,and put special forces on them not in any danger of China attacking them ,due to their abilities .Smiling and being very smooth tell China we are ready..Korea their junk yard dog and Russia their new Buds and Iran and Pakistan [who will go with the best payer]..all of them .They can be ready we are also revaluing our Gold reserves to 10k per ounce and will back the dollar with that gold.Then we will put government incentives in place to build everything …everything cars TV..I pads clothes ,shoes ,steel recycle everything and build all the new products selling them only to countries that sign a equal trade [balanced trade ] agreement with us.The world is our oyster we have markets that we never sold in before ,we must also send US companies to build infrastructure that those countries will pay us to do .While we rebuild our infrastructure with the most modern methods able to with stand a storm of any kind while giving shelter from those storms to all our citizens.The time is now the dog is barking lets get working..!

Mark 7 Cannon and smart bullets "rail guns" have been around for some time and Navy already equipped. Look at RTN, BA, NOC, BAESY.