The Dow Jones today projected a 110-point gain this morning on the heels of the index's longest losing streak since the 1970s. Ongoing worries about a global trade war have pressed the Dow Jones down eight consecutive days.

Futures rose this morning on reports that members of the international oil production body OPEC had reached a deal to lift output by a nominal 1 million barrels a day. This news is likely to push oil securities down as investors flee from lower prices. However, they're missing the bigger picture - and the profit hiding behind OPEC's move.

Recently, MGM Resorts International (NYSE: MGM) purchased Empire City Casino and Yonkers Raceway. The deal will allow the company to capitalize on the sports-gambling craze. But there's another company trading at an incredible discount that presents an amazing opportunity for investors. This is how you could make an easy 100% in the weeks ahead. 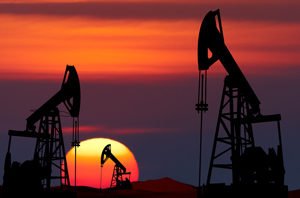