Video
In Dow Jones news today (Thursday, April 13), the index projected a six-point gain as markets prepared for a busy day of bank earnings and updates on current geopolitical issues.

On Wednesday, the Dow Jones Industrial Average fell 59 points after President Trump took aim at the strength of the U.S. dollar and geopolitical uncertainty continued to rattle investor confidence. His comments fueled a flight to safe-haven assets like gold and the Japanese yen. The CBOE Volatility Index - widely considered the markets' fear gauge - jumped over 6%.

Trending: Here's What Really Went on in Mar-a-Lago... and How to Profit 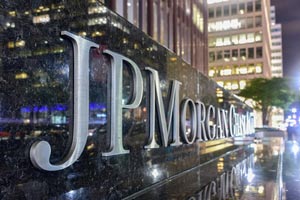