The Dow Jones news today will be dominated by geopolitical events. Dow Jones futures are down 18 points this morning after another terrorist attack hit London over the weekend and as tensions rise in the Middle East.

The Biggest IPO of the Year: A highly anticipated IPO will happen any day now, and analysts are projecting a massive 254% gain right off the bat for private investors. But you must hurry. Read more... 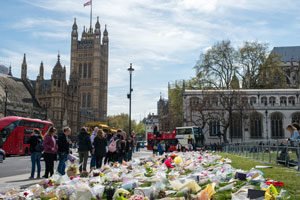 Why Ford Is the Car Stock We're Watching