The Dow Jones news today focuses on rising stock prices this morning after the Trump administration proposed a plan to sell roughly half of the U.S. Strategic Petroleum Reserve as part of its latest budget proposal. Trump's new budget proposal aims to balance the budget within a decade by cutting Medicaid payments, student loan payments, and agricultural subsidies. 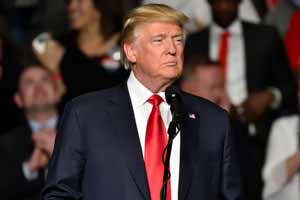 Ford Is Our No. 1 Stock to Buy