Dow futures were down as much as 257 points this morning as Asian markets sold off. Strong jobs data and an uptick in worker wages have many concerned the value of the dollar will slide.

Click here for an easy way to capture 100% gains in this market volatility by basically doing nothing at all... 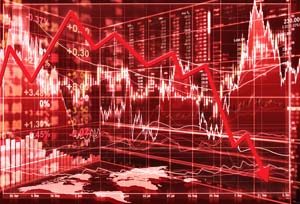