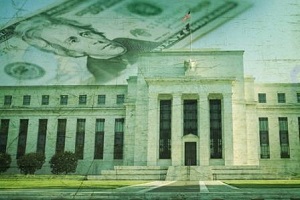 Markets continue to react to the Federal Reserve's announcement Wednesday that it will end its bond-purchasing program, QE3. Futures indicate the stock market today (Thursday) will open 33 points below yesterday's close.

Watch for the first report on third-quarter gross domestic product (GDP) today. While most chatter will focus on Yellen's morning comments, the markets will want to know just how much the economy is improving. In the second quarter, U.S. GDP growth hit 4.6%. For Q3, economist estimates fall between a range of 2.1% and 3.5%, with a consensus of 3.0%.

Here's what else you should know - including Money Morning's "Investor Tip of the Day" - in stock market news today:

Money Morning's "Investor Tip of the Day": The market remains jittery after this month's stock market sell-off. Yesterday's statements from the Federal Reserve have caused many people to be more cautious than ever.

But our Chief Investment Strategist Keith Fitz-Gerald, a seasoned market analyst with 33 years of experience, says investors should expect the Fed to take it slow.

"This is the only option the Fed's got to keep people calm, keep the markets calm. Because they know what happens if they do get aggressive. The markets have a hiccup and a pull back. I don't think they want that right now."

As the Fed walks on thin ice, Fitz-Gerald recommends investors look to stocks that provide reliable profit streams and share appreciation opportunities no matter what the Fed does next year. In fact, the Dow's reaction to the Fed yesterday is a perfect example of why this stock is a great buy now...