Good morning! U.S. stock futures for Friday, Dec. 12, forecasted a 95-point decline from yesterday's close. On Thursday, the Dow Jones broke its three-day slump with a gain of 63 points. 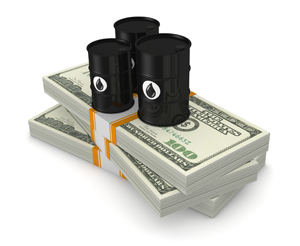 But a report from the International Energy Agency (IEA) this morning is already weighing on the stock market today...

The agency slashed its 2015 expectations for global demand growth. It predicted slumping oil prices could fuel global instability and may lead to a significant amount of defaults by producers around the world.

The news sent crude oil prices below $59 a barrel - the lowest level since 2009.

Money Morning Tip of the Day: Many Wall Street cheerleaders have embraced lower oil prices as a great thing for the average American. They say money saved at the pump puts extra money in pockets and boosts the economy.But that's the argument of elites completely out of touch with reality. Lower gas prices aren't creating money - they're merely shifting it from one category to another. For example, healthcare spending grew 21% between 2007 and 2013. In the same period, rent climbed 26%, education 22.2%, and groceries 12.5%.

Lower oil prices really reflect a slowing global economy. And they will contribute to further slow growth in 2015. So investors beware these "experts" - don't let their false optimism affect your investing strategy in coming months.