Tech M&A deals are so commonplace now they often come and go with little fanfare. Apple Inc. (Nasdaq: AAPL) alone has acquired 44 companies since 2000. Google Inc. (Nasdaq: GOOG, GOOGL) has gobbled up more than three times that, with 144 buys in the last 15 years.

While it's easy to lose track of the thousands of tech mergers and acquisitions each year, these deals are actually changing our lives - perhaps more than we realize.

For instance, Google bought mobile software Android in August 2005. Now, Android smartphones account for 78.4% of global market share. There are 76 million Android users in the United States alone, according to DMR research.

Apple purchased Siri in April 2010 and rolled out the voice control software a year and a half later (on the iPhone 4S in October 2011). Now even non-iPhone users know "Siri" is the helpful, female-voiced smartphone tool. According to t3n research, 87% of iPhone 4S users said they used Siri at least once per month, and 51% said it would be "extremely important" for their next phones to offer a service similar to Siri.

And Facebook Inc.'s (Nasdaq: FB) purchase of ad platform Atlas in February 2013 helped turn around the company's stock performance by enabling it to monetize its site. Pre-Atlas and post-IPO, FB stock had lost 22%. Post-Atlas, shares skyrocketed more than 160%. Now, 92% of all social marketers use FB to advertise.

Some of the more recent mergers and acquisitions in tech have yet to make an impact - but history dictates at least some soon will. 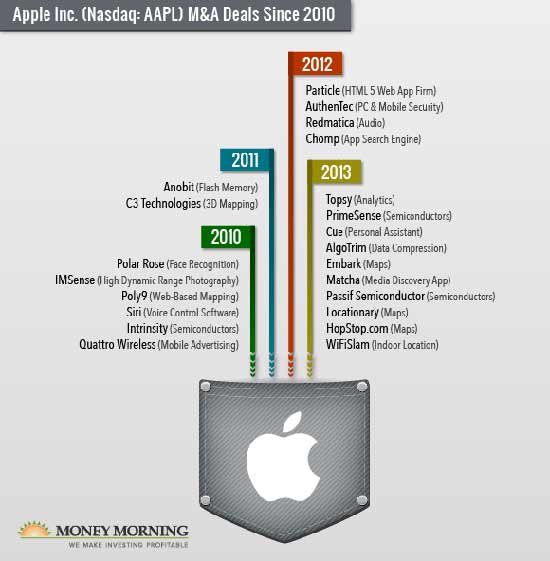 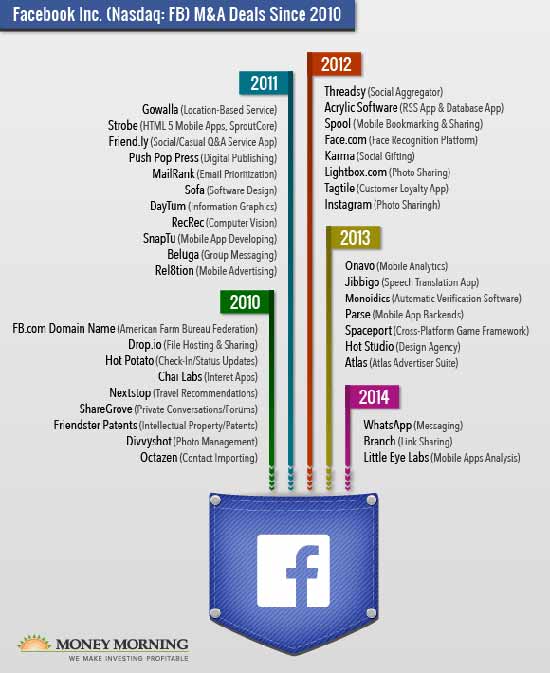 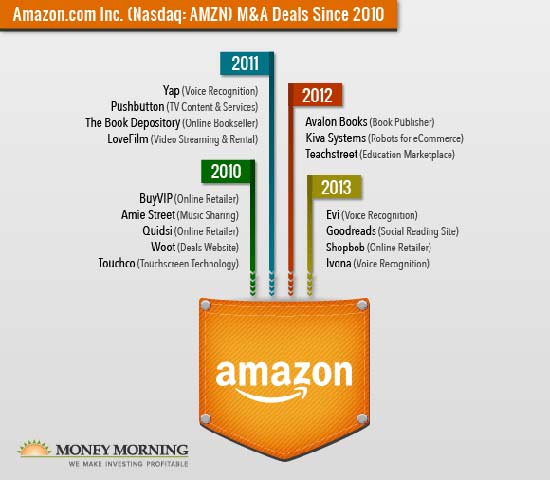 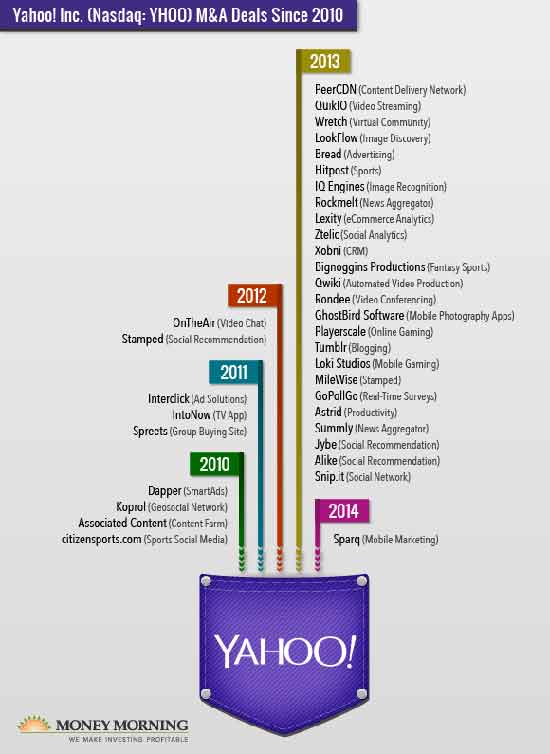 Cash In on Wearable Tech: 33 million units of wearable tech devices shipped last year. That number is expected to rise to 50 million in 2015. That means a select group of companies (the ones playing this trend right) stand to cash in - and you can do so right along with them. Here are the wearable tech companies to watch right now...