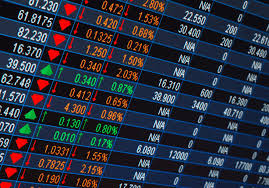 This morning's DJIA drop was fueled by the release of a weak September jobs report.  The U.S. economy created 142,000 jobs in September — a number that badly missed expectations. Economists polled by MarketWatch had expected a gain of 200,000 nonfarm jobs. The unemployment rate was unchanged at 5.1%, but more people have dropped out of the labor force.

On Thursday, the Dow Jones Industrial Average kicked off the fourth quarter with a 12-point slide. A busy day of mixed economic data featured a decline in U.S. manufacturing activity and a strong jobless claims figure.

Meanwhile, the slowdown in China continued to spook investors. And China reported its Caixin Manufacturing PMI, a gauge of nationwide manufacturing activity, fell to a six-and-a-half year low of 47.2 in September. That compares with a reading of 47.3 in August.