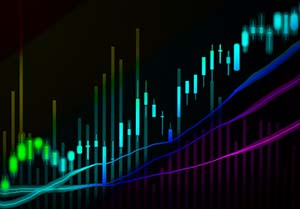 It didn't take long for investors to turn their eyes right back to Aunt Janet Yellen and the Federal Reserve. Today, the U.S. Labor Department announced that consumer price inflation surged at its highest pace since early 2013. Prices increased by 0.4% in April, boosting expectations that the central bank could boost interest rates sooner than expected.

Certain members of the Fed Open Market Committee have said the central bank will increase rates two times this year, although futures data from CME Group indicate an expectation of just one more rate hike. Given weak economic growth in the first quarter, traders do not anticipate a rate hike until September. The Volatility S&P 500 (INDEXCBOE: VIX) – the market's fear gauge – surged more than 7.3%.

George Soros is betting big against the U.S. stock market. According to regulatory filings with the SEC, Soros has boosted his negative bet against the S&P 500 to more than $430 million. Soros – best known for his historic bet against the Bank of England and the man who broke the pound – also dramatically increased his holdings in a gold ETF and took a new position in the world's largest gold miner, Barrick Gold Corp. (NYSE: ABX). Soros is ringing the alarm bells over the state of the Chinese economy and the global financial system's exposure to the Asian nation.

Meanwhile, crude oil prices are slowly ticking towards $50 per barrel due to ongoing supply disruptions across Venezuela, Canada, and Nigeria. The disruptions come a day after Goldman Sachs Group Inc. (NYSE: GS) announced that it believes the two-year global glut has finally eased. On the day, WTI crude added 1.3%, while Brent crude pushed up 0.7%.

But the big news today was Home Depot Inc. (NYSE: HD). The firm topped Wall Street earnings expectations of $1.21 per share by $0.23 and said that its existing-stores sales rallied 6.5% over the quarter. The firm said that the average shopper is spending a little more than $60 per visit, which is the highest average since 2006. Despite the positive earnings number and the complementary boost in the housing sector, HD stock was off a surprising 2.6% on the day.