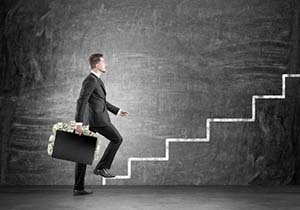 Trending: I Can't Believe What Investors Just Did

That's because – with the Dow Jones Industrial Average sitting near a record high – banking institutions are poised to report earnings in the wake of Britain's vote to depart the European Union.

While quarterly earnings could top expectations, investors will be looking forward to guidance outlooks and insight on the impact of the Brexit in the future.

But as everyone else starts looking for updates from banking stocks, there are a number of key stories that investors need to know about before opening bell.

Investors need to know that financial stocks are under massive pressure, and Money Morning Global Credit Strategist Michael Lewitt argues that investors need to prepare for a global crash.

Dow Jones futures projected a 73-point gain as the Dow Jones targets an all-time record on Monday. This morning, markets are rallying after the Japanese Nikkei surged roughly 4% earlier in the day. Investors anticipate that the Bank of Japan is on the verge of another round of financial stimulus. But Japan's negative interest rate policies could have dire long-term consequences for the global markets. Find out more here.

Markets are holding on after Friday's 250-point rally. On Friday, markets surged after the U.S. Commerce Department announced the nation created 287,000 "new jobs" in June. The report suggests that that May's dismal jobs figure was largely a one-off event.

Here is where crude oil prices are heading next.