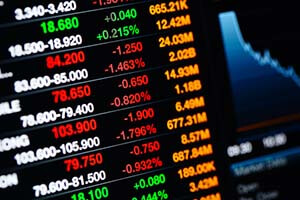 The Dow Jones Industrial Average fell again on Wednesday as energy stocks and falling oil prices weighed on the markets. Meanwhile, investors continue to eye the upcoming meeting by Federal Reserve officials on monetary policy. Despite CME FedWatch projecting just a 15% probability of a rate hike next week, the central bank continues to send mixed messages, leaving investors on edge.

The Dow Jones fell 31 points on Wednesday as investors continue to speculate on the timing of the next interest rate hike. Investors continue to weigh the statements on Monday by Federal Reserve Governor Lael Brainard, who said the central bank should keep monetary policy loose despite improving signs in the U.S. economy. Here's when we expect the next rate hike.

Oil prices fell again today as investors continue to weigh a recent report from the International Energy Agency. The IEA projects a weaker environment for oil prices through the first six months of 2016. The WTI crude oil price today fell nearly 3%. Meanwhile, the Brent crude oil price fell 2.6%. Money Morning Global Energy Strategist Dr. Kent Moors has just issued his latest oil price prediction. But before we get to that, here's why crude oil prices have been so volatile this week.