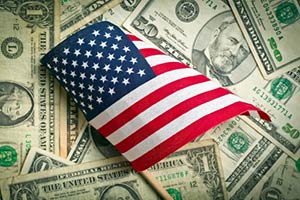 This morning, the Dow Jones Industrial Average was climbing higher as investors keep an eye on interest rates.

With the Fed Open Market Committee set to kick off its September monetary policy meeting on Tuesday, investors are speculating on the possibility of the central bank raising interest rates.

According to CME FedWatch, the probability of a rate hike sits at just 12%.

The odds of a hike in December now sit at 55%. Of course, Money Morning has been covering the Fed's policy plans ahead of the meeting, and we offer insight on when you can actually expect the Fed to raise interest rates.

Now let's look at the most important market events and stocks to watch today, plus your economic calendar, for Sept. 19, 2016.

The Dow Jones Industrial Average projected an 89-point gain as oil prices tick higher and investors anticipated that the Fed will wait until December to make any move on interest rates.

Trending: Why I Wasn't Surprised by Wells Fargo's Scam

Oil prices were ticking higher on hopes that OPEC and non-OPEC producers will engage in a deal to stabilize global output. Venezuelan President - an economic illiterate - Nicolas Maduro said that a deal could be struck in the next month. Meanwhile, geopolitical pressures in Libya continue to push oil prices higher as traders worry that ongoing clashes could disrupt crude exports.

But the big news this morning is the 2016 presidential election. You know the major themes of the upcoming debates: immigration, terrorism, America's aging infrastructure, the FBI investigation of Hillary Clinton's email practices, and the economy. But there's one story that always seems to be missing from the mainstream media: how you can profit in the year ahead. Money Morning Executive Editor Bill Patalon explains the clues you should look for during the upcoming debate and what it means for your money. Read his latest column, right here.