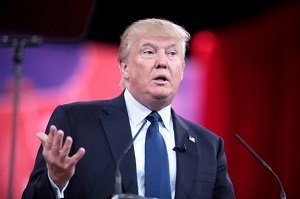 Updated Oct. 11, 2016: After the second presidential debate on Sunday night, we ran a Trump fact check on a widely contested issue...

When moderator Anderson Cooper asked Donald Trump if he used his $916 million loss in 1995 to avoid paying federal income taxes for several years, the candidate replied, "Of course I did."

Cooper's question stemmed from an Oct. 2 New York Times story that revealed the billionaire businessman may have avoided paying taxes for nearly the past 20 years because of that large loss.

Trump justified to Cooper why he "carries his losses forward" - which means he could, and likely did, carry that massive 1995 loss sum forward onto his tax filings in subsequent years to lessen his financial burden. He said it was a common business move and that he's not alone in making use of the provision: both CEO of Berkshire Hathaway Inc. (NYSE: BRK.A, BRK.B)  Warren Buffett and Hungarian-born activist investor George Soros use it as well.

It's true that Trump did nothing illegal. Money Morning Chief Investment Strategist Keith Fitz-Gerald explained to FOX Business' "Varney & Co." viewers on Monday that not only was Trump's decision to carry his $916 million loss forward "perfectly permissible," Fitz-Gerald explained, it's also "to be expected."

He continued, "Any taxpayer has an obligation to pay taxes, but that doesn't mean they have to pay as much taxes as they have to. In fact, according to the law, if you read it, [taxpayers have an obligation] to pay as little tax as possible. That's why things like [the carryforward law] exists."

However, in his response to Cooper, Trump went on to name two legendary investors as also using the U.S. tax code to their advantage. "Warren Buffett took a massive deduction," Trump explained. "[George] Soros, who's a friend of [Democratic presidential candidate Hillary Clinton], took a massive deduction. Many of the people that are giving [Clinton] all this money that she can do many more commercials than me took massive deductions."

Wealthy investors and businesspeople like Buffett and Soros rarely make their taxes a matter of public interest.

But some information about Buffett and Soros' past tax filings has been made public. And indeed, Buffett addressed Trump's comment head-on late yesterday afternoon.

Here's what we were able to dig up in our Trump fact check on whether Buffett and Soros have ever used the U.S. tax code to their advantage...

How Warren Buffett Games the Tax Code: In a statement Monday, Buffett said he had never taken advantage of the carryforward rule cited by Trump in the debate: "I have paid federal income tax every year since 1944, when I was 13. (Though, being a slow starter, I owed only $7 in tax that year.) I have copies of all 72 of my returns and none uses a carryforward."

The Berkshire Hathaway CEO said his 2015 federal income tax payment last year cost him $1.8 million after calculating gross income of $11.5 million. He said he had subtracted $5.5 million in deductions, which included $3.5 million in charitable donations.

"I have no problem in releasing my tax information while under audit. Neither would Mr. Trump - at least he would have no legal problem," Buffett said.

While the billionaire doesn't use Trump's carryforward tactic, we did confirm one instance in which Buffett used the tax code to his advantage...

The move is perfectly legal in whittling down the amount of taxes owed. And like Trump and Buffett, Hungarian-born hedge fund manager George Soros has used legal loopholes of his own...