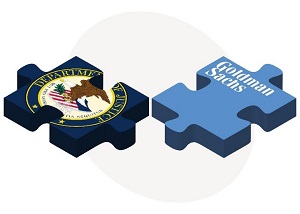 A nine-page undated leaked memo outlined Wall Street's demands from the Democratic Party in exchange for its significant financial contributions.

The summary was later obtained by infamous hacker Guccifer 2.0, who made it public on Oct. 4.

Luján's leaked email provides a window into the relationship between the Democrats and Wall Street lobbyists.

And it's a stellar example of exactly how money greases the gears in Washington, D.C…

According to the document, Goldman Sachs Group Inc. (NYSE: GS) lobbyists Michael Paese and Joyce Brayboy had registered official complaints with Luján about his party's "rhetoric" being "problematic."

Don't Miss: The Worse the Markets Get, the Better This Tactic Performs

Warren has notably pushed the Democratic Party to take a more aggressive stance on regulating the financial industry since the 2008 financial crisis. On top of that, the senator advocates for prosecuting Wall Street crimes criminally – not just civilly.

Must Read: How to Protect Your Wealth from Negative Interest Rates

Indeed, the lobbyists agreed that this was "an encouraging sign," the memo notes.

But the Wall Street lobbyists warned the attacks were creating "a larger problem when people don't trust banks and financial institutions." The financial services trade group also raised concerns with the Department of Labor and President Barack Obama's new fiduciary rule, unveiled earlier this year on April 6, which prevents financial advisors from making retirement advice based on kickbacks from retirement funds.

A vote on legislation in late March to block the rule came down on party lines, with all Democrats opposing the rule's obstruction.

The Dems won that battle. The fiduciary rule is scheduled to go into effect in April 2017.