Marina and I are flying back home as you read this. But before we left, I had a fascinating conversation with a French ex-oil trader - a conversation that revealed something remarkable that's about to happen to the oil price.

Jacques Donat, the former oil trader, is in his mid-thirties. He now works for a mid-sized Dutch oil tanker firm.

You'd think that means he makes money by shipping oil from producers to refiners. Turns out, nothing could be further from the truth...

What Jacques told me shows just how much the oil market has been manipulated to its very core...

As well as how the price of oil is about to react - fast - now that this manipulation is about to unravel.

Oil Tankers Are for Storage, Not Shipping 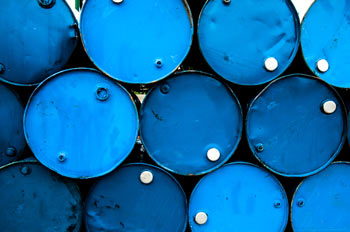 Jacques' company still has tankers, and they're still in the oil business. It's just that the company's fleet no longer hauls crude anywhere. These days, the tankers are used as floating oil storage units.

This approach became popular as global oil prices collapsed but production continued unabated. With prices too low to put all that oil on the market, producers instead resorted to using tankers as a way of keeping extracted oil away from the market - and away from influencing oil prices.

Now, there are two factors that are crucial to this strategy being successful...

Second, the world's overall storage capacity limits how much this strategy can be used.

Of course, as you've seen in Oil & Energy Investor, Iran had been utilizing tankers to store its own production during Western sanctions against its nuclear program.

At the time, I suggested that initial rises in their exports would come more from storage than from increasing production given the pronounced field problems Iran has been experiencing.

Well, I had a long and very interesting discussion with Jacques over how "floating" - that is, in tanker storage - excess oil supply influenced the market. Given current assumptions about a worldwide "oil glut" putting a ceiling on price increases, one would think Jacques' tankers would be a part of that ceiling.

But his take on the situation was quite unexpected...

It seems the profits of both his company and the traders who come to own the oil stored in its tankers have been increasing. That's because the actual volume held in these floating storage units has been dramatically cut.

He estimates that, at its height, the overall amount of oil in floating storage had been anywhere between 30 million and 50 million barrels, depending on whose figures you accept. Currently, however, he estimates that the number is only about 10 million - and that's even when you factor in the oil stored by Iran.

In other words, at least from the European perspective, that elusive oil balance - and the higher oil prices it will bring - may be coming much quicker than anticipated. Almost right on cue, Saudi Energy Minister Khalid al-Falih announced the same conclusion yesterday.

But no one seems to be talking about this. The business news media is still stuck repeating its "oil glut" mantra.

And the information from Jacques is far from the end of the story.

You see, back in the United States, oil storage numbers have been acting strange for some time now...

U.S. Has Millions of "Phantom Oil" Barrels in Storage

Once again, oil storage figures are not telling us what we assumed.

The expected oil glut, which shows up in the Energy Information Administration's weekly oil report, apparently doesn't exist in the actual oil storage around the country, as Art Berman and Matt Mushalik recently discovered.

They analyzed the EIA's numbers and noticed a rising disparity between the apparently "simple" calculation of how much oil is in U.S. storage and what numbers are reported.

Now, there are essentially three ways crude is stored: underground, tanker farms and terminals, and refinery intake. The first two are very predictable and can be calculated directly, while the third one is trickier and can only be estimated.

The same goes for the less reliable oil production and import numbers.

So the U.S. government energy data assembler, the EIA, usually determines changes to the amount of oil in storage as follows:

And when that doesn't match up with the data from underground and tanker storage, the EIA assumes the problem comes from the less accurate production, import, or refinery data, and "adjusts" the numbers accordingly. If minimal, these adjustments can be safely ignored.

But over the last several years, the differences have often represented as much as 60% of the total number.

In other words, at least on paper, there's a lot of oil in U.S. storage - more than 400 million barrels - that doesn't appear to come from either domestic production or from imports.

And there's only one explanation for such a huge discrepancy...