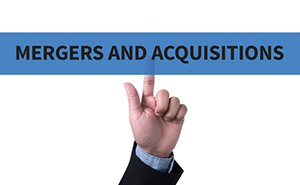 This morning, the Dow Jones Industrial Average projected a big gain in pre-market hours as investors digest a round of huge mergers, and they prepare for another busy week of earnings reports.

It will be another big week for Apple Inc. (Nasdaq: AAPL), as the firm will release its Q3 earnings after the bell on Tuesday. The technology giant is also expected to unveil a new line of MacBook computers on Thursday.

APPL stock has been on a big run in the last few months. And we expect that Apple stock will continue to climb.

On Friday, the Dow fell 16 points after the New York Federal Reserve downgraded its forecasts for GDP growth. The NY Fed cut its Q3 GDP expectation from 2.3% to 2.22%, while it slashed its Q4 GDP growth rate from 1.56% to 1.4%.

Now let's look at the most important market events and stocks to watch today, plus your economic calendar, for Oct. 24, 2016.

The Dow Jones Industrial Average projected an 80-point gain in pre-market hours as traders eyed falling oil prices, a huge telecommunications merger, and the latest round of earnings reports.

The price of crude oil today is falling after Iraqi officials demanded an exemption from the mega-production freeze proposed by OPEC. Iraq's oil minister said that the country wants to produce more oil and says its market share has been compromised by the regularity of wars in its region since the 1980s. The WTI crude oil price today fell 1.1%, while the Brent crude oil price dipped 0.7%.

Gold prices were on the move today as the U.S. election approaches and concerns about a cratering British pound weigh on trader sentiment. With the U.S. dollar pushing higher, gold prices have fallen in recent weeks. So, where are gold prices heading over the fourth quarter? Money Morning Resource Specialist Peter Krauth offers his latest forecast, right here.

But the big story in pre-market hours is the Federal Reserve. The U.S. central bank is expected to raise interest rates in December. However, the market hasn't been responding yet to the proposed rate hike. Money Morning Technical Trading Specialist D.R. Barton explains this morning how investors can profit from any surprises in the next 60 days.

AT&T makes its money cheating and ripping off all of its customers! It is the most disreputable company I have ever done business with and will never ever do anymore with in the future.