As you might imagine, I received a blizzard of emails last week, and they're split almost evenly between those who are elated by last Tuesday's election results and those who are despondent.

All I can say is, good thing we don't do politics around here!

Instead, we do money.

And we're very good at it when you think about the dozens of double- and triple-digit winners we've uncovered during our time together.

I'll get to those in a moment.

First, though, let's take a minute to answer some of the most pressing questions I'm getting, beginning with the biggest question of them all... 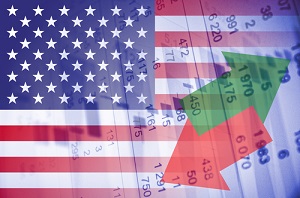 On Nov. 2, I stopped FOX Business Network anchor Stuart Varney in his tracks by saying that I expected strong rally on a Trump victory. It was a "monkey wrench" that he'd not heard from anybody else at all, to quote him directly.

At the time, market sentiment was almost universally against Trump himself and a rally was simply incomprehensible.

"We believe that if Trump wins, markets are likely to fall further..." - J.P. Morgan US Equity Research

"The tail risks of a Trump victory ... could result in a market correction in the 5 percent range..." - Citi's Chief U.S. Equity Strategist, Tobias Levkovich

Yet, that same sentiment made a morning-after "rip your face off" rally not only seem possible to me, but probable.

And sure enough, the Dow (which was halted during Tuesday night trading as futures cratered) went on a tear last Wednesday, soaring 257 points and bumping up against all-time highs. Then, Thursday opened setting new intraday records before settling down a bit.

Which just goes to show you that something we talk about all the time is very true...

Profits are about putting together a puzzle that others simply cannot see, let alone imagine.

To that end, it's time to dig into some of the terrific questions I received last week, and ultimately what the election results mean for your money.

Something the legendary Jim Rogers said to me years ago just kept rattling around in the back of my brain coming into the election. "Keith," he said, "when everybody is on one side of the boat, you want to go take a look at what's over the other side."

You see, traders have to keep their money moving.

That's what the so-called experts and political pollsters couldn't see because they have no idea how real money works. What's more, this is just as true under Trump as it would have been under Clinton. That's why every big sell-off is the financial equivalent of a big, fat, engraved invitation to buy the best companies when they're on sale. Because capital is constantly increasing... not contracting.

Second, the Unstoppable Trends we follow are bigger than any single president, which means trillions of dollars will get spent no matter who won, or even which party rules. Trillions... with a capital "T."

Traders cannot resist that kind of number any more than an alley cat can resist catnip and, as long as that's true, we have a path to huge profits that's yours for the taking.

And third, the underlying fundamental data is still going in the right direction. You and I both know it's more cooked than a Christmas goose, but that doesn't change the fact that it's still viewed as sacrosanct by those who think gypsy fortune tellers are a waste of time.

At the time I made my call, roughly 77% of companies had reported earnings, with 55% beating estimates and 1.6% average growth on the table.

Those figures have actually jumped a bit since, with 85% reporting and 71% of those announcing earnings above the mean estimate. The blended earnings rate now stands at 2.7% for Q3/2016, according to FactSet.

This tells me CEOs are still the more important "vote" when it comes to the big profits we want, and which you deserve. Line up with them because they lead, unlike politicians who want to be followed.

"Will the rally hold, and should I buy?"

Whether it does or doesn't is moot. Growth is always the more powerful engine and the markets never move in a straight line, but over time they rise.

The only way you tap into that is by being "in to win" - meaning you continue to invest. Risk management is a different subject entirely - which I'll address in a second.

More from Keith: Double Your Money as This Company Takes the Fight to America's Enemies

This is a subtlety most investors miss, unfortunately.

I cannot state emphatically enough how important it is that you keep your money moving even when so many people are tempted to head for the hills and cowering in a corner seems like the better alternative.

During our time together, I've recommended plenty of companies despite business conditions that people thought would have killed them. Anybody who's followed along has had the opportunity to laugh all the way to the bank. And will again!

American Water Works Co. Inc. (NYSE: AWK) when utilities were getting clobbered. It's returned 165% to date.

Becton, Dickinson and Co. (NYSE: BDX) when Obamacare was expected to crater healthcare stocks. It's returned 162% to date. And more.

People believe running to the sidelines equals safety, but that's not true. Missing opportunity is always the more expensive proposition, so you want to stay invested if at all possible depending, of course, on your personal risk tolerance and investment situation.

That's what the six Unstoppable Trends are all about: Demographics, Scarcity/Allocation, Medicine, Energy, Technology, and War/Terrorism/Ugliness. Anything else, no matter how tempting it sounds, is a risk you don't need... or want.

The other thing to think about is that companies making "must-have" products as opposed to "nice to have" products grow even if the markets are in decline, even if there's a recession, and even if people fear economic calamity.

Love him or hate him, Trump's priorities are to get this country moving again, and that speaks to infrastructure stocks, defense, and even industrials. I think it's very telling that the EU leaders who are terrified that he'll favor Britain are already beating feet to his doorstep saying they're willing to reconsider trade deals; desperately needed currency has a way of doing that.

Trump's policies remind me a bit of the Reagan era and Margaret Thatcher both. He wants to lower taxes while at the same time bringing cash home from offshore havens like Bermuda and the Seychelles, for example. He echoes Franklin D. Roosevelt's New Deal with plans to rebuild roads, bridges, and ports.

All of which spells g-r-o-w-t-h, regardless of political affiliation.