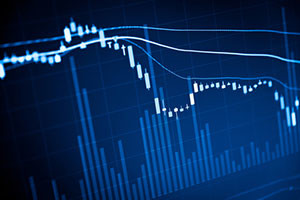 The Dow Jones Industrial Average is dipping this morning after the November jobs report drove investors to speculate on the timing of the next interest rate hike by the Federal Reserve.

This morning, the U.S. Labor Department announced that the U.S. economy added 179,000 jobs in November, while the official unemployment rate fell from 4.9% to 4.6%.

On Thursday, the Dow Jones gained 68 points as investors digested a mixed round of economic data and cheered a huge day for the automotive sector. Retail stocks struggled after a bad series of earnings reports, but energy stocks rallied higher thanks to a rally in oil prices.

While the unemployment rate is generating all the headlines here in the United States, there's an even bigger event transpiring in Europe. On Sunday, Italian voters will head to the polls to decide whether they wish to grant their prime minister powers to usher in badly needed financial reforms. A "No" vote could paralyze the nation and hold Italy in violation of European Unions rules.

How will the Italians vote this weekend, particularly in the wake of surprise election results in the United States and the "Yes" vote for Britain's departure from the world's largest European Union? That remains unknown right now. What really does matter is how investors plan to reduce their exposure to any potential volatility that might erupt after this referendum.

The WTI crude oil price today dipped 0.8%, while the Brent crude oil price fell 1.1%. Traders were taking gains off the table following a huge two-day run for the price of crude oil.

The slight downturn comes  after a huge announcement at the November OPEC meeting. On Wednesday, OPEC announced it had secured a deal with Russia to reduce output to support crude oil prices. The most important component of the deal was Saudi Arabia's willingness to slash its own production to encourage its rival Iran to take part in the deal. The decision to cut production by Saudi Arabia is seen as a big gamble for the nation as it hopes that higher oil prices will help drive economic diversification.

Money Morning  Global Energy Strategist Dr. Kent Moors explains that there is one thing that can hold OPEC's production deal in place. And it could be a big force for energy investors. Here's the reason why the OPEC deal could succeed and push crude prices higher.