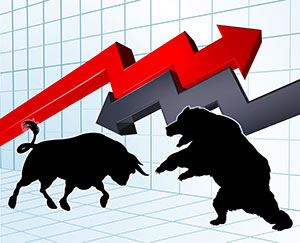 The Dow Jones Industrial Average today was in a holding pattern and slipped during the afternoon trading session.

Economists had anticipated a 1% decline in home sales. Instead, they grew by 0.7%.

Investors are also looking forward to Thursday, when the Department of Commerce releases the third and final estimate of Q3 U.S. GDP data.

The Dow Jones fell 32 points thanks to a dip in healthcare and industrial stocks. Despite a downturn in crude prices, the energy sector was resilient. Shares of Halliburton Co. (NYSE: HAL) added 3.3% and offered the biggest boost to the sector.

On the international front, the European markets remain shaky due to increased concerns about the Italian banking sector. The world's oldest bank - Banca Monte dei Paschi di Siena (BMPS) - saw its shares crater 12% as it prepares to receive a bailout from the Italian government.

But the big news in the energy sector is the number of new "midnight regulations" issued by President Barrack Obama as he prepares to leave office in January. Just days after the president issued a record number of commutations to prisoners around the nation, the administration put a national freeze on offshore drilling for U.S. energy companies. In an attempt to cement his legacy on environmental issues, Obama has withdrawn lands of the Outer Continental Shelf - including the Arctic and Atlantic Oceans - from future oil production lease sales.

How did he do it? By extending his authority under a little-known congressional law from 1953. As we explain, the president's action is truly unprecedented.

That decision will also impact drilling of natural gas companies, but not in the way that you think. In 2017, natural gas is likely to be one of the best investments due to a number of huge trends that will fuel massive growth in the U.S. markets. Not only are President-elect Donald Trump's policies likely to spur development, but U.S. export levels are also set to surge. Natural gas prices have been on the rise this year, and our natural gas price prediction for 2017 shows prices could surge by 36% in 2017. Here's the latest insight on natural gas prices from our experts.

Finally, there is one big story that is sliding under the radar of the mainstream media Wednesday. A new report by Money Morning explains that baby boomers simply aren't saving for retirement. Too many baby boomers don't have enough money for retirement, and they are fooled into believing that Social Security will be able to cover all of their expenses as they grow older. This is fast becoming a national problem, but Washington isn't going to bail them out. Here's what you need to know.