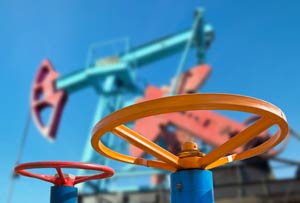 Crude oil prices have rallied 11% since OPEC agreed to slash oil output in November. And with prices heading even higher in 2017, people are looking for the best way to invest in oil. That's why we are going to show you how to cut through the noise and make oil investing profitable...

By making the right oil investments you can see even bigger returns, too. We'll show you exactly how to invest in oil to beat that 25% gain in just a moment, but it's also important that you know which oil investments to avoid...

And that means the oil supermajors are late to a new American oil boom. Exxon and Chevron are selling off assets to free up capital to expand into this new gold mine of oil. But by making the right plays, you can book double-digit profits from "Permania"...

This craze for Permian oil - "Permania" - even has Big Oil supermajors attempting to get into the game. After selling assets overseas, Exxon and Chevron have made a combined $10 billion in investments in the Permian Basin since last year.

But while Big Oil scrambles to build up in the Permian, you can profit by owning the stock in the oil companies that have already figured out how to profit there. And they are going to see explosive gains this year as the boom grows. These are our best oil stocks to buy in 2017...