Investors hoping to own shares of Aramco stock are anxious to learn what the Saudi Aramco IPO price will be.

With a potential valuation of over $2 trillion, investors across the world know Aramco is a hugely valuable company. That explains why the New York Stock Exchange and the London Stock Exchange are both jockeying to list the Saudi Arabian oil company when it goes public. 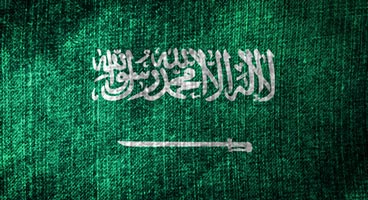 While the NYSE and LSE are both hoping to get a slice of the Saudi Aramco IPO, the IPO date might not be until 2019. But that gives investors more time to research the oil company, including what's slowing down the Aramco IPO's progress…

Here's Why Aramco Is So Valuable

The IPO has attracted the attention of investment banks and investors alike because of its massive $2 trillion valuation. That means even if Saudi Arabia sells just 5% of the company on a stock exchange, it will the biggest IPO of all time.

Right now, the largest IPO ever was 2014's Alibaba Group Holding Ltd. (NYSE: BABA). BABA, a retailer based in China, had a market capitalization of $25 billion when it debuted.

But a 5% sale of Aramco would be valued at over $100 billion, four times the size of BABA's current record.

But while the Aramco IPO valuation could break records, it will immediately become the largest publicly traded oil company too. Not only that, but it will be so enormous it will swallow its oil supermajor rivals.

The combined market cap of Exxon Mobil Corp. (NYSE: XOM), Royal Dutch Shell Plc.  (NYSE: RDS.A), BP Plc. (NYSE: BP), and Chevron Corp. (NYSE: CVX) is about $888 billion. That's less than half of what some believe the Aramco IPO valuation will be.

The Aramco size is so huge because it has access to all of Saudi Arabia's oil. With 267 billion barrels of oil under its control, Saudi Arabia controls 20% of the world's oil supply. Unlike other Big Oil supermajors, Aramco doesn't have to share its oil supply with any other company. In the United States, Exxon Mobil, for example, has to compete for real estate with every other oil company operating there.

However, Saudi Deputy Crown Prince Mohammed bin Salman says the kingdom will retain ownership over the crude oil wells, and the country will still control oil output. That means, unlike Exxon, Aramco's production could be capped by its home country.

And the tangled relationship between Aramco and the Saudi government is slowing its IPO. It could even weaken Aramco's IPO valuation, which could affect the Aramco IPO price…

The Aramco IPO Price Is in Question

The Aramco IPO valuation of $2 trillion has been turning heads since the company first announced its IPO in 2016, but that value has recently been brought into question.

During the last week of April, Saudi Aramco leaders now say the $2 trillion figure may be, in fact, $500 billion lower, dropping the value down to $1.5 trillion.

While $500 billion is a huge swing, it's also a sign that the price of the Saudi Aramco IPO is highly complicated.

Of course, the price of the Saudi Aramco IPO won't be known until shortly before the IPO itself. IPO prices are usually unveiled right before the IPO happens, not several years before. But it's something investors should keep an eye on.

One of the reasons for the changing value of the IPO is the price of oil.

When the company announced it was planning to go public on Jan. 8, 2016, the Saudi government explained the IPO was part of the Saudi government's economic reform plan to privatize its economy. But the Aramco IPO announcement also came during the tail end of the oil price crash between 2014 and 2016.

Between its high of $114.81 in June of 2014, the price of Brent crude oil plummeted 70% to $33.55 on the day Aramco announced it was exploring an IPO. Not only does that mean the Kingdom of Saudi Arabia was bringing in less oil revenue, it means that Aramco's value might not be as high when oil prices are so low.

Bloomberg reported in March that the Aramco IPO might only be worth $1 trillion now, and Rystad Energy released its updated valuations saying the company could be worth around $1.4 trillion if oil reaches $75 a barrel.

The changing valuation of Aramco isn't the only thing investors need to be aware of either. There are still two big obstacles standing in the way of the Aramco IPO…

The Two Obstacles Holding Up the Aramco IPO