It's the most profitable time of the year, and our latest list of best stocks to buy now gives you what you need to make the most of it. 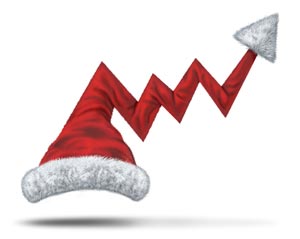 December is historically the best-performing month for stocks. Going back to 1950, the S&P 500 has gained an average of 1.54% in the final month of the year, better than in any other month, and has finished December higher than it started 75% of the time.

What's the reason? Holiday cheer could have something to do with it. Also, we know retailers make their biggest sales during the holiday shopping season. Plus, the end of the calendar year tends to spur on money managers to make a final push to drive up their annual return.

The resulting flurry of activity can push up the market overall. 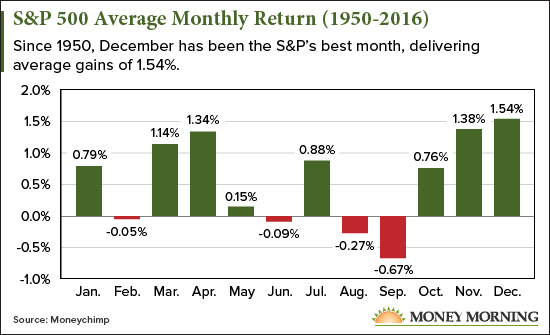 Whatever the reason, we don't want you to miss some of the best opportunities out there this December. The stocks we like for 2018 are in a good spot to climb this month, so now's the time to buy.

So, we found picks for you in five of the most profitable areas to invest in today.

Plus, for the holidays, we threw in a bonus pick for each trend, to play them from a different angle.

Best Stocks to Buy No. 1: This One Company Taps into 2018's Two Biggest Growth Trends

Two big trends have dominated the stock market in 2017: 1) the dominance of e-commerce over brick-and-mortar retail, and 2) the continued growth of China.

All signs point to these trends picking up steam in 2018, and we've got a pick that combines them both.

Here in the United States, the National Retail Federation reported that 108.5 million Americans shopped online over Black Friday weekend, compared to 99.1 million who shopped at brick-and-mortar stores. According to ShopperTrak, online sales were up 16.9% on Black Friday compared to a year ago, while in-store sales dropped 1.6%.

But online sales in the United States didn't compare to China's Singles' Day - an anti-Valentine's Day holiday that happens to be the country's biggest shopping day of the year.

This year, one online retailer alone managed to pull in $25.3 billion in sales in just one day, almost four times the record $6.6 billion among all U.S. retailers on Cyber Monday.

Bill calls Alibaba a "single-stock wealth machine." He says that a $185 share in the company today will be worth more than $2.1 million in four decades.

As with China itself, what's impressive about Alibaba is not only its size, but the fact that it's still growing at a stunning clip. That eye-popping sales number on Singles' Day was up 42% from the previous year. And while the stock price has doubled in 2017, we think it's still undervalued.

Alibaba controls 51% of a Chinese e-commerce market, which, according to Forbes, will account for 60% of the global market by 2020. Plus, Alibaba has a leg up on India's emerging retail market with its large investment in Paytm, a major Indian e-commerce platform. Morgan Stanley projects India's e-commerce market to grow more than 1,200% in the next decade.

Alibaba stock trades around $180 today. A conservative estimate would put it at $230 by this time next year, but don't be surprised to see it double again in that time.

BONUS PICK: If you want to capitalize on China's growth but are looking for something with more breakout potential, we've got a promising bonus pick for you.

NetEase Inc. (Nasdaq: NTES) is a major tech pioneer in China. Not only does it provide a slew of popular Internet services, it's also one of the largest gaming companies in the world. Its earnings have grown 400% since 2010 and are showing no signs of slowing down.

"NTES is one of my longtime favorite Asian Internet technology plays," Money Morning Chief Investment Strategist Keith Fitz-Gerald wrote in October. Look for it in the coming years to expand its footprint well beyond China - into Japan, Southeast Asia, and other markets. Get it now before the rest of the investment world catches on.

Best Stocks to Buy No. 2: This Dividend Aristocrat Has a 131-Year Track Record and 10 Blockbusters on the Way

Best of all, DRIP programs offer investors the opportunity to make small, commission-free investments. This offers the added benefit of dollar-cost averaging, buying more shares when prices are low and less when they're high. That smooths out the volatility that makes investors bite their nails.

For those looking for reliable, long-term growth, but who can't afford big capital investments, DRIPs are ideal vehicles.

The key is finding dividend stocks you can depend on for the long term. So it certainly doesn't hurt to find one that has weathered a slew of banking crises, including the Great Depression.

A lot are missing out on the next big thing. $GBLX and $MNJA.