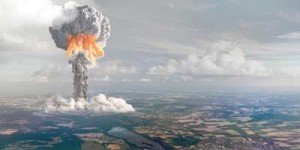 In Dow Jones news, the Dow fell 138 points Thursday after the United States dropped the largest non-nuclear bomb ever in Afghanistan to target ISIS.

Now, here's a look at today's most important market events and stocks, plus a preview of Friday's economic calendar. Although banks will be open tomorrow, U.S. markets will be closed in observance of Good Friday.

Trending: Before President Trump's Wall Is Built, These Are Five Stocks to Watch

Banks are open Friday, but the U.S. markets are closed.

I am worried about my 401K. An I going to loose all I have put into it? I work hard to make sure I have money to retire on .