The Dow Jones news today is highlighted by the first round of the French election and prospects for a big trading day. 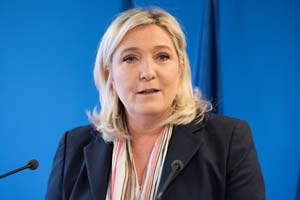