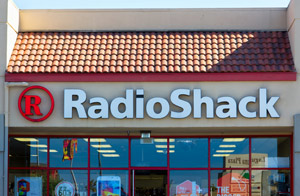 The Dow Jones Industrial Average (DJIA) and the S&P 500 both declined for the fifth consecutive trading session Thursday, while one of the most shocking currency decisions in recent history hammered global equity markets: the Swiss National Bank abandoned its current economic policy that prevents the euro/Swiss franc exchange rate from falling below 1.20.

Today, fallout continues as news of the Swiss currency policy reversal reverberates across the markets. The Swiss franc surged as much as 39% against the euro and U.S. dollar on Thursday, and  pushed gold prices to a four-month high. The decision could have a profound impact on investment banks and hedge funds that held puts on the nation's currency.

Money Morning Tip of the Day: Every investor is hardwired to do three things that kill returns. One is "recency bias" - the scientific term for when short-term focus trumps long-term planning and execution. It's what happens when somebody yells "fire" and everybody runs for the same exit at once, despite having entered through any of half a dozen doors in the auditorium.Our Chief Investment Strategist Keith Fitz-Gerald recently explained that if you understand what these costly behaviors are, recognize them in yourself, and learn how to eliminate them, then you can build wealth much more quickly.And you can absolutely beat the market.It's a Total Wealth tactic that ranks right up there with picking the right stocks and controlling risk. So let's get cracking...
Join the conversation. Click here to jump to comments…